Girl: Do you believe in puppy love?
Boy: I tried it once, but their assholes are too small.

Husband says; "When I'm gone you'll never find another man like me".
Wife replied; "What makes you think I'd want another man like you!"
When I was young I used to pray for a bike, then I realized that God doesn't work that way, so I stole a bike and prayed for forgiveness.
A woman walks up to a guy in a blue bathing suit and says, "Did you know your eyes match your swim trunks?" He says, "Why? Are my eyes bulging?"
"I told my wife that a man is like a fine wine... I always get better with age. The next day, she locked me in the wine cellar."
Innkeeper: The room is $15. a night. It's $5. if you make your own bed.
Guest: I'll make my own bed.
Innkeeper: Good. I'll get you some nails and wood.

In the first year of marriage, the man speaks and the woman listens. In the second year, the woman speaks and the man listens. In the third year, they both speak and the neighbors listen.
Two woman were talking about the new hunk in the neighborhood. "But he acts so stupid," said one to the other. "I think he must have his brains between his legs." "Yeah," her friend sighed, "but I'd sure love to blow his mind."
Love thy neighbor all through the day... but first make sure her husband's away!
"Waiter! This coffee tastes like mud." "Yes sir, it's fresh ground."

Wife: Give me some money. I want to buy a bra.
Husband: Why? You have nothing to put in it!
Wife: You wear shorts!
What's the best date to bring on a picnic? One who will arch her back so your balls don't get grass-stained.
I wonder what fish smelled like before women went swimming?
It is well known...
Man stands up to get knocked down, woman lays down to get knocked up.
Boy: Do you like parties?
Girl: Yes, why?
Boy: Well then jump in my pants and have a ball!
What four animals does a woman like to have in her house? A tiger in bed, a mink in her closet, a jaguar in her garage and a jackass to pay for it all.
A guy asks his waiter how they prepare their chicken. The waiter says that there's nothin' special... we just flat out tell' em they're gonna die...
HUSBAND: Shall we try a different position tonight?
WIFE: That's a good idea... you stand by the ironing board while I sit on the sofa and fart.
Two drunks were walking home along the railway tracks.
The first drunk says, "There's a hell of a lot of steps here."
The second drunk says, "I'll tell you what's worse, this hand rail is bloody low down"
Want to hear two short jokes and a long joke?
Joke. Joke. Joooooooooooooooooooookkkkkkkkkkkkkkkkkke.
A lady says to the psychiatrist, "I think I might be a nymphomaniac." He says, "I'll see what I can do to help you. My fee is eighty dollars an hour." She says, "How much for all night?"
Harry's wife says, "Harry, do these jeans make my ass look like the side of the house?" He says, "No, our house isn't blue."
Two Muffins were baking in an oven. One muffin turns to the other and says, "Holy Shit it's hot in here!" The other muffin says, "Holy Shit... A talking muffin!"
A reporter was interviewing a 104 year-old woman: "And what do you think is the best thing about being 104?" She simply replied, "No peer pressure." 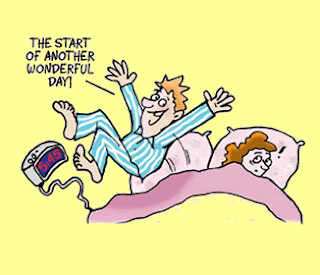 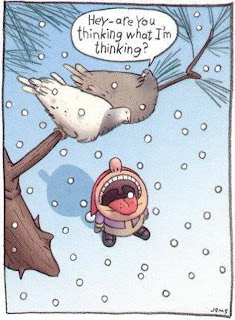